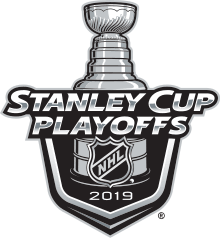 This year’s NHL playoffs have been anything but predictable from a betting standpoint. The top seed in each conference made an early and unexpected exit with a combined record of 1-8 in the best-of-seven opening round. All four division winners were eliminated in the first round to blow the doors wide open for the updated odds to win this season’s Stanley Cup.

The battle for the two spots in the Western Conference Finals rages on with a pair of winner-take-all Game 7 showdowns on the board. Game 7 between the Dallas Stars and the St. Louis Blues is set for Tuesday night in an 8 p.m. start on NBC Sports Network. The Blues are -135 favorites with the total set at 5 in what has been a defensive battle since Game 1.

The other Game 7 in the West is slated for Wednesday at 9 p.m. on NBC Sports Network between the Colorado Avalanche and the San Jose Sharks. San Jose gets the nod in this one as a -130 home favorite and the total has been set at 5.5.

The two teams facing off against one another in the best-of-seven series for NHL’s Eastern Conference title have been determined with one really big surprise and one familiar postseason face.

The Carolina Hurricanes earned their playoff spot as a wild card team in the Metro Division. They made the most of the opportunity by eliminating the current Stanley Cup champs in a thrilling 4-3 series victory against the Washington Capitals in the opening round.

Wear and tear was not a factor in the next round against the New York Islanders. New York was coming off and equally impressive four-game sweep against Pittsburgh. Following a 1-0 win in Game 1 of the conference semifinals as +125 road underdogs, these Hurricanes kept picking up speed in their four-game sweep of the Islanders by a combined score of 13-5. Defense wins championships. Anytime you can hold any NHL team to five goals in four games bettors should take notice.

On the other side of the matchup in the Eastern Conference Finals is the Boston Bruins. Even as one of the best second-half teams in the league, the Bruins still needed the full seven games to get past the rival Toronto Maple Leafs in the opening round. Trailing 2-1 in that series, Boston won three of the next four games by outscoring the Leafs 16-9.

Next up was the upstart Columbus Blue Jackets coming off one of the biggest upsets in the history of the NHL playoffs with the four-game sweep against the top-seeded Tampa Bay Lighting. Boston once again fell into that 2-1 hole before winning the next three games by a combined score of 11-4.

The opening series price odds for Carolina vs. Boston has the Hurricanes listed as +120 underdogs with the moneyline odds favoring Boston at -140. The best-of-seven series schedule has yet to be released, but Boston will have the home ice edge as the higher seeded team. The Bruins also have the best odds on the NHL futures board to win this season’s Stanley Cup at +225 regardless of what happens in the two Game 7 showdowns in the West. Carolina is actually the second-favorite on the updated list at +325 betting odds.

The full complement of betting odds for this series have yet to be released, including ones for the exact outcome. However, you get the feeling that this one could go the distance. Each team has shown the ability to light the lamp when it needs to as well as fall back and play shutdown defense behind a hot goalie. I would give the slight edge to Boston as a veteran team that has been battle tested in the postseason.