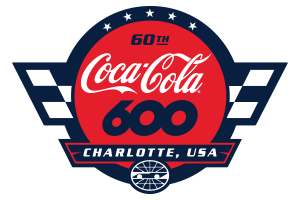 The 400-lap marathon is the longest event on the NASCAR schedule, and the race can be as much about survival as it is about speed. Attrition tends to be a little higher as mechanical failures strike and drivers and teams take themselves out of contention with their own mistakes. Pit strategy can also play a role, and Casey Mears and Austin Dillon are among the drivers who have used fuel mileage to steal a win in this race.

If you are going to be on a longshot at a mile-and-a-half track, this is the race to do it. With that in mind, check out my favorite value bets and sleepers for the Coca-Cola 600 at Charlotte.

He’s enjoying a resurgent 2019 season, and Hamlin has scored the second-most points of any driver in the four races at 1.5-mile ovals, picking up a win at Texas. Now he heads to one of his best tracks, and Hamlin has finished inside the top 10 in 14 of his last 16 starts at Charlotte, cracking the top five in five of his last five starts. In fact, Hamlin has finished inside the top five in each of the last three races here, leading laps in four straight. He showed blazing long-run speed in practice Saturday, so Hamlin should be tough to handle over the course of 600 miles. Given his record at Charlotte and his performance this year, he looks like a steal at 20/1.

While he doesn’t get mentioned with the big names of the sport, Jones has been one of the best in the business at the mile-and-a-half tracks since joining Joe Gibbs Racing last year. This season, he owns a 6.8 average finish in the four races, notching a pair of top-five finishes and scoring the fourth-most points in the series. Jones qualified 16th, but he had one of the strongest cars on longer runs during practice Saturday. In the longest race of the year, his speed on old tires should pay big dividends. I expect Jones to be a major factor Sunday night.

The seven-time champ is mired in a long winless drought, and while he isn’t the dominant force he used to be, Johnson has still remained a threat at Charlotte. He finished fifth in the Coca-Cola 600 last year, and he has four top-10s in the last five races here, notching three top-five finishes and one of his eight career wins. Hendrick Motorsports has been showing better speed as an organization in recent weeks, so Johnson could be poised to turn back the clock and deliver a strong run at one of his best tracks.

You will have a tough time finding a driver running any better than Bowman is these days. He has finished second in three straight races heading into Charlotte, and he led 62 laps at Kansas a couple of weeks ago. Charlotte shares a similar 1.5-mile layout with Kansas, and Bowman has already had some success here, finishing ninth in last year’s Coca-Cola 600. He’s been knocking on the door of his first Cup win for about a month, and he could finally kick the door to victory lane down this weekend.

Suarez has never won a Cup Series race, but it’s starting to look like Sunday’s race could be his best opportunity to date. He’s been strong all year with Stewart-Haas Racing, and he has an 11.0 average finish in the four races at mile-and-a-half tracks. He also has a history of success at Charlotte, posting a 10.7 average finish in three starts. Suarez has been fast all weekend, qualifying sixth and showing up in the top five in practice in both single-lap speed and long-run averages. Jump on the chance to back a fast car at 50/1.