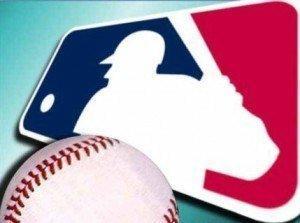 How to Bet On Sports – The Basics of Betting MLB Games

The start of a new MLB season is underway with all 30 teams taking the field on Opening Day on March 28. The storylines run deep in both the American and National League as interesting sub-plots to each team’s quest to win this year’s World Series title.

The reality of the situation is a quick separation between this season’s contenders and this season’s pretenders. Even though there are an extended 162 games on the regular season schedule, there are still just a handful of teams in either league that have the right combination of pitching, hitting and fielding to go all the way.

One of the top contending teams should be the New York Yankees playing in the AL East. They will start the new season at home with a three-game series against the division rival Baltimore Orioles. The Yankees are coming off a 100-win season with even deeper talent on this year’s roster. The Orioles are coming off a living nightmare in 2018 that resulted in a final record of 47-115.

You already know that New York should be favored to win all three games and listed as a heavy favorite on the three-game series price. Add in the fact that the Yankees posted the best record in the Grapefruit League’s Spring Training schedule with Baltimore bringing up the rear and there could be solid value in betting on New York in this opening series.

Just as a refresher, the three basic ways to bet MLB games are straight-up moneyline bets, total line bets on runs scored and run line bets with a 1.5-run spread between the favorite and the underdog that also features an adjusted moneyline.

A sample online sportsbook listing for all three wagers might look as follows:

In this situation, you would have to risk $130 to win $100 betting New York as a home favorite on the SU moneyline. If you decided to lay the run lines on the Yankees betting the run line, you could win $110 on a $100 bet as long as they win the game by two or more runs.

The total for this game has been set at 9 runs and you would have to risk $120 to win $100 betting the OVER. Betting the UNDER would be an even-money $100 wager. While you can still find -110 odds for betting the OVER or the UNDER as the standard 10 percent commission. More and more online sportsbooks are tweaking the odds for total line bets as a way to hedge the numbers.

NSA Wins – Do You Know What’s Going On at Your Online Sportsbook?

Most MLB betting lines are released at least 24 hours before the start of any game as long as the starting pitcher for each team has been set. If there are any changes to either team’s starter before the game gets underway, most online books will deem that game to have “no action”. As long as each starter takes the mound in the first inning, the game is officially in play.

Other interesting ways to bet on MLB games include five-inning lines (basically a first-half bet) along with a full set of game, team and player prop bet options. A five inning bet offers moneylines, totals and a .5-run spread on the run line for the first five innings of the game. Props can cover anything from the first team to score to the OVER/UNDER on a player’s total hits, runs and home runs. Betting MLB props on a game-by-game basis is a great way to add even more excitement to the action on the field.