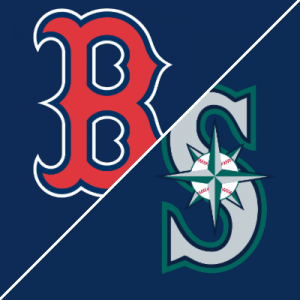 Red Sox @ Mariners Free Pick – Sunday MLB Baseball Wiseguy Info! The Boston Red Sox will try and even up their record when they wrap up their 4 game series in Seattle against the Mariners this afternoon. The odds makers at Bovada Sportsbook have the Red Sox currently listed as as a -145 favorite on the moneyline today at T-Mobile Park in Seattle. The betting total is posted on the board at over/under 8.5 runs. First pitch is set for 4:10 PM EST and can be seen on NESN.

Keep reading below for our Red Sox @ Mariners free pick today from World Champion Handicapper Sonny LaFouchi(aka The LEGEND). Be sure to check out NSAwins.com daily for the best premium MLB picks offered anywhere in the industry. We are the site to turn to for the best MLB Baseball picks all season long. BAR NONE!

The defending World Series Champions will try and salvage a split in this 4 game series this afternoon. Manager Alex Cora will hand the ball to Rick Porcello(0-0, 0.00 ERA) for his first start of the season.

The Seattle Mariners are off to a red hot 4-1 start to the 2019 MLB season. Many experts expected the Mariners to take a step back this season but they are looking strong out of the gate.

Mariners manager Scott Servais will look to win this series today by starting Wade LeBlanc. The 6-3 southpaw will be toeing the rubber for the first time this season. He went 9-5 with a 3.72 ERA in 31 appearances including 27 starts last season. He allowed 151 hits in 162 innings while string out 130 and walking 40.

Our money is going down on the Red Sox -145 today. We like the pitching matchup in favor of Boston today plus they will be hungry to get a split in this series. Seattle has been on fire to start the season but we still aren’t sold. Place a bet on the Red Sox -145 at Bovada today.

Get all of today’s MLB odds from 6 top online & vegas sportsbooks.