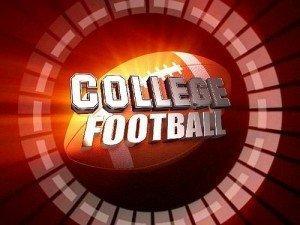 2019 College Football Rankings: Early Top 5 Rankings – Clemson #1: As we head into the summer months, the start of the 2019 College Football season is already on the horizon. I’ll be getting you primed for the upcoming season over the next few weeks with a variety of team and player previews, and there is no better place to start than with a sneak peak at the top teams in the country.

I’ll start with my preseason Top 5. These are the teams that are expected to not only secure a spot in the College Football Playoff but to make a run at the national title. Not surprisingly, there are a lot of familiar faces among a group that includes some of the traditional powerhouses of the sport.

Let’s dive into the rankings. 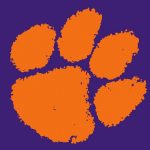 The defending national champions return a pair of Heisman Trophy frontrunners in quarterback Trevor Lawrence and running back Travis Etienne, and wide receiver Justyn Ross might be the most explosive player at his position in the country. The offensive line also returns all but one starter. Yes, they lost a lot of talent on the defensive side of the ball, but year after year of elite recruiting classes has created a next-man-up culture for the Tigers. An out-of-conference showdown with Texas A&M is a potential hurdle, but Clemson should bulldoze through the ACC(check out NSAwins.com 2019 ACC Football Predictions) and back in the College Football Playoff in 2019. 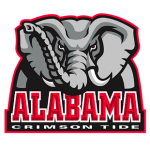 Although they came up short in the national title game, the Crimson Tide should be right back in the mix for another championship in 2019. Heisman runner-up Tua Tagovailoa will be back under center, and he will have arguably the best receiving corps in the country at his disposal. Granted, Alabama has holes to fill along the offensive and defensive lines, but does any program reload with elite talent better than Nick Saban’s bunch? Life in the SEC isn’t easy(check out NSAwins.com 2019 SEC Football Predictions), but with LSU coming to Tuscaloosa this year, I just don’t see the Crimson Tide slipping up. 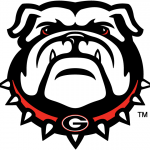 The Bulldogs have everything they need to make another run at a national title in 2019. Quarterback Jake Fromm gives them experience and an NFL-caliber arm under center, and do-it-all back D’Andre Swift leads a talented group of skill players. Georgia also boasts one of the best offensive lines in the country, and the defense could be a top-five unit, as well. An out-of-conference matchup with Notre Dame won’t be a walk in the park, but Georgia’s season likely boils down to a meeting with Alabama in the SEC title game. 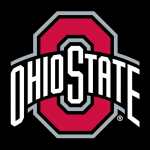 It was quite an eventful offseason for the Buckeyes. Not only did head coach Urban Meyer retire, but quarterback Dwayne Haskins and defensive end Nick Bosa were among the stars to make the jump to the NFL. Fortunately for Ohio State fans, quarterback Justin Fields transferred from Georgia to plug the hole under center, and this is a program that has the talent and depth to reload and remain elite. Running back J.K. Dobbins should be a workhorse for the offense, and the defense has playmakers at every level. With Wisconsin, Penn State and Michigan State all coming to Columbus, the season will likely be decided by a road date against Michigan. The Buckeyes have certainly had the edge in that matchup recently. 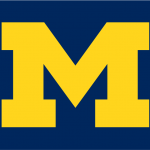 Shea Patterson is back under center to lead an offense that is expected to spread it around a little more in 2019. Michigan returns most of its offensive line and plenty of skill players, so this unit has the potential to explode. The defense will be replacing several starters, but the Wolverines have lots of depth on that side of the ball. In the end, look for the Big Ten East Division crown(check out NSAwins.com 2019 Big Ten Football Predictions) and a shot at the College Football Playoff to be on the line when Michigan hosts Ohio State in November.

Get 2019 College Football betting odds for the 2019 season updated daily on NSAwins.com. Also, if you need help and want expert picks to CRUSH your sportsbook than be sure and check out 2019 college football picks from the NATIONAL SPORTS ADVISORS!