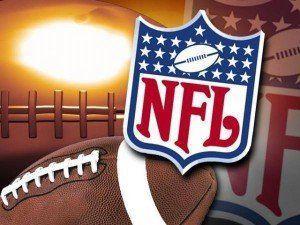 2019 AFC East Odds & Predictions – AFC East Division Expert Picks: The opening NFL betting odds to win the 2019 NFL NFC East Division have been released on the Las Vegas big boards at all the major sportsbooks as well as online at top-rated Bovada Sportsbook and the Philadelphia Eagles are listed as the -105 favorites to win the division. The Eagles are followed by the Dallas Cowboys at +140 odds, Washington Redskins at +900 odds and the New York Giants at +1200 odds. Let’s take a closer look at how the 2019 NFC East Division stacks up as we post our NFL expert picks & predictions on what NFC East team we feel will capture the 2019 NFL NFC East Division title. As always, we recommended that you check out and bookmark NSAwins.com all season long for the best 2018 NFL football picks against the spread. 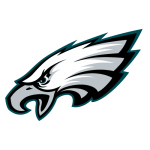 The Eagles followed up their 13-3 Super Bowl winning season by going 9-7 last season. That was still good enough to make the NFC Playoffs as a Wild Card. The Eagles beat the Bears in the Wild Card and beat themselves in a tough loss at New Orleans in the Divisional Round. Philly should once again be back in the NFC Playoffs if they can keep quarterback Carson Wentz healthy. Wentz has missed the playoffs both of the last two seasons and you have to start wondering if this guy is made out of glass? It’s time for him to get thru a season and show what he can do when it counts. The Eagles should be potent offensively as they brought back WR Desean Jackson and used their 1st, 2nd and 3rd round picks in the draft offensively. Defensively, the Eagles will need to improve upon last season’s 23rd ranked overall unit. That’s the big question mark for the Eagles this season. The jury is out. 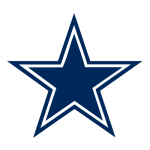 The Dallas Cowboys went 10-6 and won the NFC East Division last season. Dallas beat the Seahawks in the Wild Card round of the NFC Playoffs before losing to the Los Angeles Rams in the Division Round. Can the Boys take the next step and work their way to the Super Bowl? Possibly. The Cowboys are loaded with talent on both sides of the ball and will certainly be in the hunt for the NFC East Division title as well as tough out in the playoffs. Having said that, why the hell is Jason Garrett still the coach of this team? He’s nothing but a tease. He never seems to follow up a big season with an encore the next. Will someone please tell Jerry Jones that this guy can’t coach? In any event, there is simply too much talent on both sides of the ball for even Garrett to screw up this season. The Boys defense was 7th in the league last season and could be even better this season. Offensively, the Boys should be improved as quarterback Dak Prescott and RB Ezekiel Elliot are quite the duo. The only reason we can’t pick this team to win the division is the coach. He stinks. 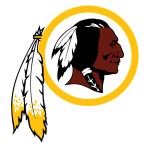 It seems like the Washington Redskins have been “rebuilding” for decades now. Seriously, are they ever not? The Redskins once again left people scratching their heads this offseason. They traded for QB Case Keenum to compete with QB Colt McCoy for the starting job before the draft. However, they then used their 1st round pick on a QB in Dwayne Haskins. We don’t get it. We’ll see what happens with Haskins but we highly doubt he will be ready to lead the Redskins to wins this season. He needs a lot of polishing. Defensively, the Redskins have some nice talent but the loss of LB Reuben Foster to a season ending injury in OTA’s was a back breaker. The Redskins once again have 7-9 or 8-8 written all over them. 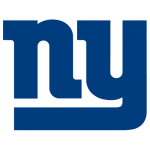 The Giants finally had enough of former WR Odell Beckham’s act and shipped him off to Cleveland in the offseason. That was a good move in our eyes. However, what the hell was GM Dave Gettleman thinking by using the 6th overall pick in the NFL Draft on former Duke QB Daniel Jones? Are you kidding me? We’ve seen Jones play many times at Duke and we got swamp land in Antarctica to sell you if you think that guy is a future franchise signal caller. The Giants won’t be too bad offensively as they still have some nice pieces in RB Saquon Barkley, WR Sterling Shepard and TE Evan Engram. They also brought in WR Golden Tate who still has some thread left on his tires. Defense is another story. The Giants were 24th in the NFL last season in total defense and we don’t expect them to be any better this season. They better hope 1st round picks DT Dexter Lawrence and CB Deandre Baker are ballers from the get go or else this Gmen defense is going to be very bad.