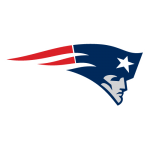 The Patriots have owned this division ever since Tom Brady stepped on the field back in 2001. New England has won the last 10 AFC East titles and 15 of the last 16. And, guess what? You should bet on them to win it again this season with ease. New England won their 6th Super Bowl title last season and are the +700 favorites to win the Super Bowl again this season. Look for the Pats defense to be among the best in the NFL this season after a strong draft and nice veteran additions in DE Michael Bennett and OLB Jamie Collins. Tom Brady still has gas left in his tank and the Pats running game should help compensate for the loss of TE Rob Gronkowski to retirement. The Pats have few weaknesses and should be the last team anyone wants to see in January again this season. 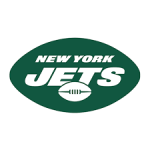 The New York Jets cut the cord with former coach Todd Bowles and shocked many by bringing in former Dolphins coach Adam Gase as their new man. We aren’t big fans of Gase and think he’s mediocre at best. Having said that, he does inherit some nice young talent on both sides of the ball including quarterback Sam Darnold. The former USC product looked very good at times last year in his rookie season and should continue to get better. Former Steelers running back Le’Veon Bell was signed in free agency to run the rock and the Jets should have nice balance offensively this year. The defense is up and coming with some nice talent led by 2nd year strong safety Jamal Adams. Look for the Jets to compete for an AFC Wild Card spot all season. 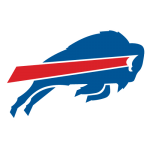 It’s always “wait until next year” for the Buffalo Bills and their loyal but long suffering fans. Just when you think the Bills are making progress they come back and fall flat on their faces the following season. That’s what happened last year when they followed up their 9-7 playoff appearance in 2017 by going 6-10 last season. Bills head coach Sean McDermott is 15-17 after his first two seasons and needs to get this team back to 8-8 at least to hold onto his job in our eyes. He will need improvement from 2nd year quarterback Josh Allen who has a cannon for an arm but who knows what between the ears. He makes questionable decisions too often and the jury is out on whether he can read defenses quick enough and be accurate enough to be a long-term solution at quarterback. 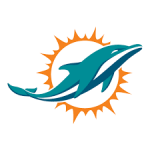 The Dolphins brass decided to use the old philosophy of, “If you can’t beat them, join them!” when they hired former New England defensive coordinator Brian Flores to come down to South Florida and bring the “Patriot Way”. The Dolphins used to be the class of the AFC East before the turn of the century and before Tom Brady laced them up in Foxboro. Flores will have a ton of work to do with this Dolphins roster that is going to struggle mightily in a rebuilding phase this season. However, we like the hire of Flores and feel he has a great opportunity to get the Dolphins back among the NFL’s elite with some time and patience. We like the trade for former Cardinals quarterback Josh Rosen and feel he can be the long-term solution while Flores should get the defense turned around with time.