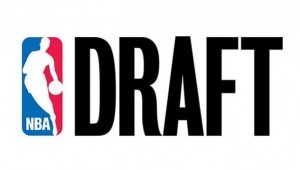 2018 NBA Mock Draft – Projected Lottery Picks: The 2018 NBA Draft Lottery is in the books, and now that the first 14 picks in the draft are set in stone, it is time to take my first crack and predicting this year’s lottery selections. There isn’t that can’t-miss star in this year’s class, but there is a good chance that this draft could end up producing several solid NBA players and maybe a star or two. Let’s check out the top picks.

He’s got the size, athleticism and offensive promise to be franchise-changing player. Ayton is the most physically imposing prospect to come along in a while.

His size and scoring versatility will make him an offensive force at the next level. He could be scoring 20-plus points per game for a long time, which is exactly what a team with the worst scoring attack in the NBA needs.

Atlanta’s roster has a lot of holes, and a double-double machine with an NBA-ready offensive game and enough athleticism will be a welcome addition.

Jackson needs time to develop his body and harness his offensive potential, but his length, athleticism and shot blocking give him All-NBA upside on the defensive end.

He’s a high-risk, high-reward prospect, but Bamba has a chance to be a game-changing rim protector and defensive anchor. He could help jumpstart Dallas’ rebuild.

He has some similarities with Aaron Gordon, but Porter has a much higher ceiling on the offensive end and has the athleticism to be a two-away impact player. Orlando isn’t in position to pass up someone with Porter’s potential.

The Bulls have some intriguing young pieces, but the explosive scoring and perimeter firepower that Young provides will be a plus. Young could play point alongside Zach LaVine or off the ball with Kris Dunn.

Assuming LeBron James decides to stick around, Bridges will be an ideal addition. He will provide a much-needed boost to Cleveland’s atrocious defense, and he can knock down open looks from the perimeter when defenses collapse on James.

New York needs more talent wherever it can find it, and Carter seems like a safe bet in this spot. He probably won’t be a star, but he can score and rebound well enough to be starting NBA big man.

The 76ers are one of the up-and-coming teams in the NBA, and Bridges provides them with another perimeter weapon with excellent athleticism and the potential to be a two-way force.

Kemba Walker seems destined to leave sooner rather than later, and Gilgeous-Alexander can take the reins of the backcourt. He has elite size for a point guard and the attacking style teams look for these days.

Sexton needs to develop an outside shot, but his speed and physical tools give him a chance to develop into something special. He’s well worth the gamble at this stage in the draft.

You have to figure DeAndre Jordan will be gone sooner rather than later, and Williams offers a similar combination of size and athleticism. At worst, he should be a high-energy big man off the bench.

Smith flashed just enough offensive promise to go with his motor and defensive instincts to warrant a look in the lottery, especially for a Nuggets team that needs someone to play lockdown defense and do the little things.

Get the latest updated 2018 NBA Finals Odds from top-rated Bovada Sportsbook everyday on NSAwins.com plus expert NBA picks and predictions against the spread and LIVE NBA odds on every NBA game daily.