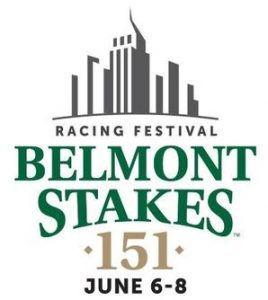 Horse racing’s Triple Crown series for this year’s best three-year old thoroughbreds comes to a close this Saturday at Belmont Park in New York with the running of the $1.5 million 2019 Belmont Stakes. While the Triple Crown title is not on the line coming off Justify’s incredible three-race conquest last year, this race still offers some very intriguing storylines.

Trainer Mark Casse’s War of Will is trying to become the first three-year old since Afleet Alex (2005) to win the final two legs of this series. Coming off his victory in this year’s Preakness Stakes at Pimlico Race Course, he is listed as a +200 second- favorite to win the Belmont Stakes as well. He is projected to open as a 5/2 second-favorite in a field of 10 when the official post positions and morning lines are released.

War of Will would be the only three-year old to compete in all three events this year. He ended up seventh in the Kentucky Derby after getting caught up in an interference infraction that dropped Maximum Security from first all the way down to 17th in the official running order. Country House was elevated to first place after going off as a 65/1 longshot.

The favorite to win this year’s Belmont Stakes is Tacitus at +160 betting odds. He is projected to open as a 2/1 favorite on the morning line. Trained by William Mott, he made his way into the money at Churchill after getting bumped up to third from fourth in the Kentucky Derby. Mott decided to pass on the Preakness in order to get his colt ready for the added distance of this next race. The Belmont Stakes covers 1 ½ miles on dirt as the longest and most grueling Triple Crown test.

The Belmont futures odds to win drop off from there with Everfast next on the list at +800. He is followed by Spinoff (+900) as the fourth probably entry on the board. Plus Que Parfait and Global Campaign are each listed as +1000 odds to win.

Going over the list of the top six entries expected to run in Saturday’s race, I would go chalk with Tacitus as the favorite followed by War of Will and Everfast. Skipping the Preakness to focus on this race for a solid month is too big of an edge to ignore against the colt that will be running his third major stakes event in a little more than a month.

The betting odds for Tacitus to win are +160 and they move to -150 for a second-place finish and -285 that he finishes inside the Top 3 in this race. The only solid value is betting on the outright win at plus money.

War of Will goes to -120 for a second-place run and his betting odds to finish in the money are set at -220. You could justify a play on the -120 odds for a spot in the top two finishing positions. This could be a good hedge bet if you are going chalk on the favorite.

Everfast would return +320 with a second-place run and +175 if he finishes inside the Top 3. Spinoff was another possible entry with solid betting value in his Top 3 odds. Along with his +900 odds to win, he offers +360 for place position or better and +200 if he finishes anywhere in the top three positions.

Betting Tacitus in a head-to-head matchup against War of Will would cost $160 to win $100. Taking War of Will to finish in a better position that Tacitus would return +130 on a $100 bet.