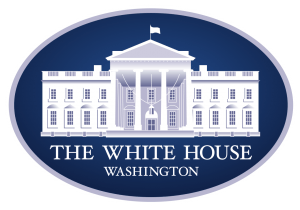 The US Presidential Election is now just less than 6 months away with election day on November 3rd, 2020. US President Donald J. Trump is listed as a -120 favorite to win reelection and stay in the oval office despite an absolute onslaught of biased attacks daily from the liberal leaning outlets like CNN, MSNBC, the New York Times and Washington Post among others. It’s truly sad to see as an American when everyone should be coming together thru these tough times.

Trump is favored despite it all and for good reason. The brash and arrogant former New York real estate mogul has done a very good job as President thru three plus years in the oval office.

He led the nation from 8 years of economic mediocrity under US President Barack Obama to a swift recovery under his leadership. The USA economy became the envy of the world under Trump’s guidance and there was no economy in the history of the world more admired than the economy under Trump until COVID-19 came along and ruined it all.

With COVID-19 crashing the economy and the Democrat leadership all too willing to grind it into dust to hurt his reelection chances, Trump has had to navigate the rough political waters and keep everything afloat thru stimulus packages with liberal pork attached to it. House leader and democrat leader Nancy Pelosi has been a real thorn in Trump’s side throughout his presidency.

To give credit when it’s due, you can’t help but give respect to Pelosi for the way she battles for her side. As tough as Trump is, he would have ran over any other liberal leader by this point. If you are a democrat, you got to be thankful Pelosi has been on your side because Senate minority leader Chuck Schumer isn’t up to the task in our eyes. Frankly, it’s fascinating to watch Trump vs Pelosi as both fight tooth and nail for their side.