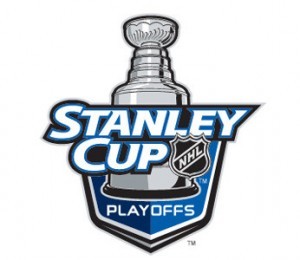 2017 NHL Eastern Conference Playoff Odds & Predictions – First-Round Series Picks: The regular season is in the books, and the 2017 Stanley Cup Playoffs are set to begin. Perhaps more than any other professional sport, the NHL postseason is famous for upsets. Momentum can ebb and flow in a heartbeat, and no team is safe. Let’s start in the Eastern Conference, where five teams topped 100 points, including the two best teams in the NHL. Here is a closer look at all four of the first-round matchups.

The Capitals have a longstanding tradition of gagging the playoffs, but despite their bad postseason record and the bad record of recent Presidents’ Trophy, they aren’t going to go out in the first round. Toronto overachieved thanks in large part to super rookie Auston Matthews, but they are still inexperienced and vulnerable on the defensive end of the ice. Enter Alex Ovechkin and the loaded Washington offense. This should be a short series.

When you think of the history of both these franchises, this series seems like a mismatch. However, this Columbus team is no pushover. The Blue Jackets rank in the top five in both goals scored and goals allowed. Of course, the Penguins boast the top-ranked scoring attack, and Sidney Crosby leads a team loaded with firepower. That being said, the Blue Jackets have a deep group of forwards, and while Cam Atkinson can be an explosive scorer, Brandon Dubinsky’s physical play could bother Crosby. Columbus also has Sergei Bobrovsky anchoring the net, and he was arguably the best goalie in the NHL this season. Granted, Pittsburgh has the edge in playoff experience and star power, but this Columbus team has depth and balance and can pull off what would be considered an upset.

The Rangers lack a true star on offense, but with seven players that reached the 40-point mark, this team is still explosive. On the flip side, the Canadiens are top heavy on offense, with Alex Galchenyuk and Max Pacioretty leading the way. If Montreal’s top lines go cold, the Canadiens could be in serious trouble. However, New York goalie Henrik Lundqvist is having a down year by his standards, and Montreal has one of the game’s elite netminders in Carey Price. The Canadiens also have one of the best defensemen in Shea Webber. Montreal swept the season series against the Rangers, and the Canadiens are going to have the edge in the playoffs, as well.

At first glance, the Senators look like the pick in this series. After all, Ottawa won all four of the regular season meetings between these teams. However, the Bruins have been a much different team since making a coaching change later in the year, particularly on the offensive end. Boston was downright explosive in the final few weeks, and that is bad news for an Ottawa team that is one of the worst at generating offense at even strength. Despite getting swept in the regular season, I think all the momentum sits with Boston.

Wager is on team to win the Eastern Conference final. Conference must have an ultimate winner for action. Max wager is $500