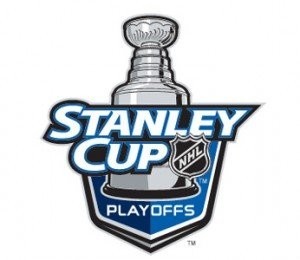 2015 Stanley Cup Odds and Expert Predictions – Blackhawks, Ducks, Predators & Canadiens Favorites: The 2015 NHL Hockey regular season is nearing an end and the NHL Playoffs will be be starting up soon. The current futures betting odds to win the 2015 Stanley Cup have been released by Bovada Sportsbook online and the current favorites to win the Cup are the Chicago Blackhawks at 15/2 odds. The Blackhawks currently have the 4th most points in the NHL’s Western Conference with an overall record of 38-21-5 thru 64 games played. The Blackhawks have won the Stanley Cup two of the past five seasons(2013, 2010) and will certainly be one of the toughest teams to knock out in this year’s Stanley Cup Playoffs. Other top NHL teams with the best odds to win the 2015 NHL Stanley Cup according to the oddsmakers at Bovada Sportsbook are the Anaheim Ducks with 9/1 odds, Nashville Predators with 9/1 odds, Montreal Canadiens with 10/1 odds, St. Louis Blues with 10/1, Los Angeles Kings with 12/1 odds, New York Islanders with 12/1 odds, New York Rangers with 12/1 odds, Pittsburgh Penguins with 12/1 odds, Boston Bruins with 14/1 odds and Detroit Red Wings with 14/1 odds. The Los Angeles Kings are the defending Stanley Cup Champions and have won the Cup twice(2012, 2014) in the last three NHL seasons but have struggled to a 29-21-12 overall record thru 62 games and are not even a lock to make the NHL Playoffs as they only have 70 points as this article goes to press. However, make no mistake, the Kings will definitely be one of the toughest teams to knock out of the 2015 Stanley Cup Playoffs if they make it in as their experience, toughness and talent simply cannot be overlooked. NSAwins.com’s expert handicapper Sonny LaFocuhi’s 2015 Stanley Cup Prediction is for the Montreal Canadiens to win their record 25th Stanley Cup and first Cup since the 1992-1993 season. At 10/1 odds, the Canadiens present some strong betting value and the Canadiens are the best bet on the board according to The Legend. The Canadiens lead the NHL’s Eastern Conference with 87 points and an overall record of 41-17-5 thru 63 games as of today. Check out more expert NHL picks daily from The Legend and NSAwins.com for the 2015 Stanley Cup Playoffs.