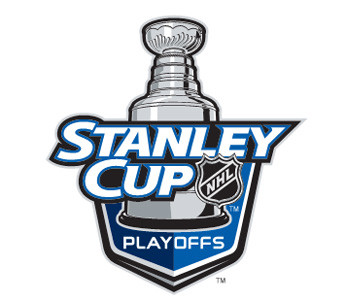 2015 NHL Playoffs Free Picks & Predictions: Eastern Conference First-Round Series Predictions: The 2014-15 NHL regular season is in the books, and with the playoffs just underway, it is time to take a closer look at the first-round series in the Eastern Conference. There are plenty of heavy hitters lurking the East, including the New York Rangers, who won the President’s Trophy, and the Washington Capitals, who boast the NHL’s leading goal-scorer, Alex Ovechkin. Throw in Tampa Bay, who had the league’s best offense, and Montreal, who had the best defense, and the road to the Stanley Cup won’t be easy for any team in the Eastern Conference.

This series seemed destined to be a low-scoring, defensive battle. After all, Montreal’s Carey Price was the best goalie in the regular season, and he leads a defense that allowed the fewest goals per game in the NHL. Meanwhile, the Senators caught fire after sticking rookie Andrew Hammond in net, and all he did was go 20-1-2 as a starter. Naturally, Game 1 turned out to be more of an offensive-minded affair with the Canadiens emerging with a 4-3 win. Perhaps more importantly, Ottawa’s young offensive star Mark Stone suffered a fractured wrist, putting the Senators’ scoring attack even further behind the eight ball. As hot as Ottawa has been, the Canadiens’ stifling defense and elite goaltending will rule the day.

Few teams have been as pesky come playoff time in recent years as the Red Wings, and they were up to their old tricks in Game 1, picking up a 3-2 win on the road. While the victory certainly makes the series more interesting, the Lightning shouldn’t hit the panic button just yet. After all, Tampa Bay outshot Detroit by a ridiculous 46-14 margin, and it took an incredible performance from Detroit goalie Petr Mrazek and an awful showing from Tampa Bay goalie Ben Bishop for the Red Wings to squeak out a in. Yes, Detroit center Pavel Datsyuk is red hot, but the Lightning went 3-1-0 against the Red Wings in the regular season for a reason, and Steven Stamkos and the league’s top-ranked offense will eventually dispatch Detroit.

Get the latest updated NHL betting odds including the current odds to win the 2015 Stanley Cup from Bovada Sportsbook.

You will be hard pressed to find a more balanced team than the Rangers, and in addition to posting the best record during the regular season, they finished third in goals per game and third in fewest goals allowed. The Rangers also went 3-0-1 against the Penguins during the regular season, but more importantly than the head-to-head record, Pittsburgh’s offense has gone into the tank at the worst possible time. Pittsburgh averaged just 1.67 goals per game over the final 15 games, and the slump continued in a 2-1 loss in Game 1. Granted, Sidney Crosby might be healthy, but several of his teammates are banged up. Meanwhile, Henrik Lundqvist is rolling in net for New York, and the Rangers’ offense is as good as it has been in several seasons. The Penguins are in trouble in this one.

The Islanders basically collapsed down the stretch of the regular season, coughing up any shot of hosting a first-round series and flirting with potentially missing the playoffs. However, they showed up in a big way in Game 1, picking up a 4-1 win on the road. That being said, the inconsistent goaltending and fatigue experienced by the Islanders’ younger players isn’t going anywhere despite one solid performance, and Alex Ovechkin and company were basically the same team on the road as they were at home this year in terms of record and production, making the Game 1 loss less serious than it might have been for other teams. The Capitals have been the more consistent team on both ends of the ice this season, and the balance will win out over the course of the series.