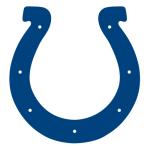 The Colts come into this season with high expectations after going 10-6 last season and winning 10 of their final 12 games. Head coach Frank Reich led the team to the AFC Division Round Playoffs before getting outclassed 31-13 at Kansas City. Quarterback Andrew Luck had a great season last year coming back from injury as he finished with 4593 passing yards and 39 touchdowns against 15 interceptions. The Colts offense should be explosive again this season and should have no problem finishing in the top 10 of the league again. Meanwhile, the real cause for optimism is the improving defense. The Colts finished 11th in the NFL in total defense last season and used 6 of their first 7 draft picks on the defensive side of the ball. Look for the Colts to have a defense that gets better as the season goes along and a very formidable defense come playoff time. 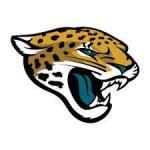 The Jaguars were arguably the biggest disappointment in the NFL last year as they went 5-11 after many picked them to make the Super Bowl. Jacksonville finally cut the cord with quarterback Blake Bortles and signed former Philadelphia Eagles quarterback Nike Foles in free agency. Foles is a winner and, in our eyes, the best quarterback on the Eagles despite all the hype and money Carson Wentz gets. The guy just gets the job done and performs at his best in the biggest games. He will give Jaguars confidence that they can win games late when behind and they haven’t had that in years. Look for Jacksonville to make drastic improvment offensively from last season’s 27th ranked unit. The defense is only going to be better and more aggressive now that they know they have a quarterback that lead the offense on scoring drives. Jacksonville finished 5th in the NFL in total defense last season and should be even better with the addition of 1st round pick, defensive end Josh Allen. He is an absolute stud and was arguably the most talented player in the entire NFL Draft. Great pick. 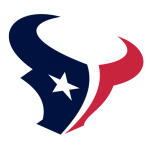 The Texans went 11-5 last season and won the AFC South Division. They promptly got destroyed and ousted from the AFC Playoffs at home to the Colts 21-7 in the Wild Card round. Is there a bigger poser franchise in the NFL than the Texas? We’re sorry but we will never believe in this franchise as long as head coach Bill O’Brien is running the show. The guy is a loser and the new Marvin Lewis when the playoffs arrive. Seriously, the next big game this bum wins will be his first. He thinks he is the next Bill Belichick with all the answers. The sooner the Texans realize it and give this guy a pink slip the better off they will be. Having said all that, the Texans do have some nice talent. Quarterback Deshaun Watson and wide receiver DeAndre Hopkins are guys you can build around offensively. No question about it. Defensively, Houston has talent in all phases led by J.J. Watt and Jadeveon Clowney. Houston should be a Super Bowl threat with their talent but they never will be as long as O’Brien is in charge. Fire this loser already, Houston. 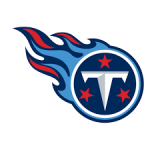 The Titans went 9-7 under first year head coach Mike Vrabel last season. He did a solid job. However, it’s going to get worse this season for the Titans as they don’t have a reliable quarterback and have plenty of holes offensively. Quarterback Marcus Mariota is made out of glass and isn’t that good when he’s not on the shelf. Meanwhile, the Titans decided to bring in another ham and egger in former Dolphins quarterback Ryan Tannehill to back him up. Good lord. Quarterback is going to continue to be a problem for the Titans with these two as options A and B. Tennessee does have a solid defense that will keep them in games. They finished 8th in the NFL in total defense and should be in the upper half of the league again this season. However, it won’t be enough with a pedestrian offense that’s led by two certified bums in Mariota and Tannehill. Tennesse is looking at a 7-9 season at best.