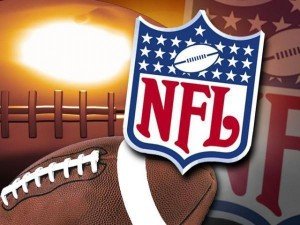 2018 NFL AFC North Odds & Expert Picks/Predictions – AFC North Division Forecast: The odds makers at top-rated Bovada Sportsbook have posted the preseason odds to win the 2018 AFC North Division for the 2018 NFL season and the Pittsburgh Steelers are the -300 favorites. The Steelers won the division last season going 13-3 and are the most talented roster on paper in the AFC North going into this season. The Steelers are followed by the Baltimore Ravens at +175 odds, Cincinnati Bengals at +1000 odds and the Cleveland Browns at +1000 odds. Let’s look at who NSAwins.com’s team of expert NFL handicappers are picking to win the AFC North with their 2018 NFL expert predictions plus don’t forget to visit NSAwins.com all season for the very best 2018 NFL picks against the vegas spread each and every week.

1. Pittsburgh Steelers(-300 odds to win AFC North at Bovada) – The Steelers went a dominant 13-3 last season to win the AFC North but fell flat in the playoffs with an embarrassing home playoff loss to the Jacksonville Jaguars in the AFC Divisional Round. Head coach Mike Tomlin is in his 12th year as Steelers coach and has a record of 116-60 overall but has his fair share of detractors as many feel he should own more then one Super Bowl ring. The Steelers will once again be the most talented team in the AFC North and arguably the entire AFC so the pressure is on Tomlin to get this team back to the Super Bowl and win it’s 7th Lombardi trophy in franchise history.

2. Baltimore Ravens(+175 odds to win AFC North at Bovada) – The Ravens will be extra motivated this season after absolutely choking in their regular season finale in a 31-27 home loss to Cincinnati that cost the Ravens a playoff spot. Head coach John Harbaugh enters his 11th season as the Ravens head coach and he needs to get the Ravens back in the playoffs this season if he plans on holding on to his job. The Ravens are solid on both sides of the ball but don’t possess the dominant defense that it’s had in the past despite all the hype they get and give themselves. The defense finished just 12th in total defense last season and gagged when it was all on the line in week 17 as they gave up 31 points to a Bengals offensive unit that was nothing special and was playing for nothing. A Ray Lewis and Ed Reed led defense would have never allowed that.

3. Cincinnati Bengals(+1000 odds to win AFC North at Bovada) – Does Bengals head coach Marvin Lewis have secret pictures of Bengals owner Mike Brown or what? Because how else do you explain the fact that Lewis is back to enter his 16th year as Bengals head coach and he has yet to win a playoff game. The guy is as mediocre as it gets for a NFL head coach and yet here he is again back on the sideline after finishing 7-9 last season. Lewis has himself a mediocre roster to work with and once again will have to rely on Andy Dalton at quarterback. Good luck. Dalton is an absolute ham and egger at the qb position and is never taking any team anywhere when it counts. As long as he is the quarterback and Lewis is the coach then you can forget about the Bengals making any postseason noise.

4. Cleveland Browns(+1000 odds to win AFC North at Bovada) – The Browns made a bold move in the NFL Draft by using the top overall pick on Oklahoma quarterback Baker Mayfield. And you know what? We like it. Mayfield has the right amount of talent and cockiness to actually be able to thrive in Cleveland where so many quarterbacks in the past have failed to make a difference. Mayfield’s on field swagger and confidence is what separates him from other quarterbacks in our opinion and we feel he will be an above average NFL signal caller in due time. That may not be this season but we like what the Browns did in the NFL draft this season and they should win the most games they have won since 2014 when they finished 7-9. They might only win 4 games this season but that’s an improvement over the 0 games they won in 2017, the 1 game they won in 2016 and the 3 games they won in 2015.

Check the odds to win 2019 Super Bowl plus daily 2018 NFL vegas odds and lines updated daily throughout the year at NSAwins.com!