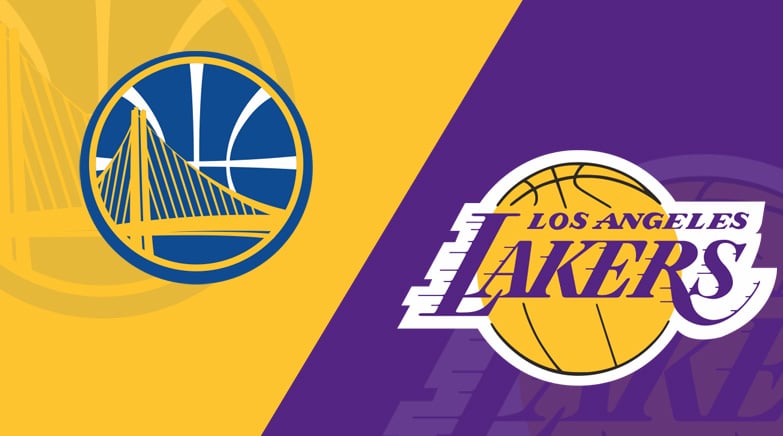 The Golden State Warriors stay in-state to battle the Los Angeles Lakers in NBA opening night action on Tuesday, October 19th. The odds makers at Bovada Sportsbook have the Lakers listed as -3.5 point favorites on Tuesday from Staples Center in Los Angeles, CA. Tip off is set for 10:00 PM EST on TNT. The total is listed at over/under 226 points.

Keep reading below for our free Warriors @ Lakers pick on this MLB matchup from World Champion Handicapper Sonny LaFouchi(aka The LEGEND). Be sure to check out NSAwins.com daily for the best premium NBA picks offered anywhere in the industry. We are the site to turn to for the best NBA picks all the way thru the 2022 NBA Finals. BAR NONE!

Golden State comes into the regular season feeling confident after going 5-0 in the NBA preseason. Stephen Curry, fresh of of leading the NBA in scoring last season, also led the entire NBA in scoring in the preseason.

The Warriors will be formidable later on this season when Klay Thompson joins Curry in the backcourt but they still have enough talent to hold down the fort until then. Expect Golden State back in the NBA Playoffs this season.

Los Angeles comes into this season with only only goal in mind. The franchise’s 18th NBA Championship. Anything less will be a disappointment. Period. Lebron James isn’t getting younger and you have to start wondering how much longer he can be the leader of a NBA Title team.

The good news for Lakers fans and Lebron is the team has given him more help this season. Anthony Davis is back and they have acquired Russell Westbrook to give the team that much needed 3rd star to help take some of the load off Lebron and Davis’ shoulders. Will Westbrook be able to distribute more and take a backseat offensively? We shall see.

Warriors are 6-0 ATS in their last 6 games overall.

Warriors are 5-0 ATS in their last 5 games following a ATS win.

Warriors are 6-0 ATS in their last 6 when their opponent allows 100 points or more in their previous game.

Warriors are 4-0 ATS in their last 4 when their opponent scores 100 points or more in their previous game.

Warriors are 6-0 ATS in their last 6 after scoring 100 points or more in their previous game.

Under is 4-0 in Lakers last 4 after scoring 100 points or more in their previous game.

Lakers are 1-6 ATS in their last 7 games as a home favorite.

Under is 4-1 in Lakers last 5 after allowing 100 points or more in their previous game.

The LEGEND’s Free Pick on BOVADA Total: Bet on UNDER 226. Both teams can score but they also play good defense too. This won’t be the up and down shootout that it might be later in the season when Thompson returns for the Warriors. BET IT @ BOVADA!

Want The LEGEND’s 3 VIP BEST BETS Tonight? Get tonight’s 3 NBA and MLB BEST BETS from The LEGEND! Only $25.

Looking for the STRONGEST BEST BETS in NFL, NCAAF, NBA and MLB action this Week? Visit the National Sports Advisors every gameday for the BEST BETS of the day from World Champion Handicapper, Sonny LaFouchi(aka The LEGEND)!  All season long. BEST Sports Betting Information in Las Vegas. BAR NONE.