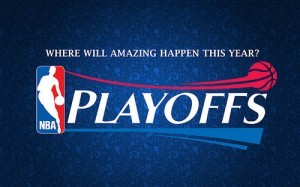 Miami Heat at Chicago Bulls Game 1 Expert Picks, Odds and Predictions – NBA Playoffs Betting Preview 5/15/11: Former 2 time MVP LeBron James will take his talents and the Miami Heat on the road to the United Center to take on current MVP Derrick Rose and the Chicago Bulls on Sunday night at 8:00 PM ET on TNT Sports for Game 1 of the Eastern Conference Finals. The Bulls finished the season strong to end with the best record in the NBA and home court advantage throughout the playoffs. Rose won MVP and head basketball coach Tom Thibodeau was awarded coach of the year and beat the Heat all 3 times in their regular season meeting. The Bulls haven’t breezed through the first two rounds needing 5 games to beat Indiana and 6 to oust the Hawks and make it to the conference finals.

The Heat have been on a roller coaster throughout the season with playoff like attention but seem to have come together as the superstar team they had planned as they reached the playoffs. Chicago native Dwayne Wade and James have played spectacular and not just on offense as both are stellar defenders. The Heat put away Philadelphia in 5 then dispensed of the Celtics with class and respect in 5 games and should be rested and ready to take on the Bulls. The odds makers at Bodog have the Chicago Bulls a -2 point favorite at home against the Miami Heat.

The Bulls closed out the Hawks in team fashion with good defense and a balanced offense to give them a 93-73 victory and move them on to the conference final. Big Carlos Boozer led the scoring with 23 points to go with 10 boards and 5 assists while Rose led the show with 19 points, 4 rebounds and 12 assists in another stellar performance. The total has gone UNDER in 6 of last 7 games when playing at home against Miami. Vegas odds makers have the over/under for the total score at 181 points combined of the Chicago Bulls and Miami Heat.

The Heat hung around till late in the fourth quarter then scored the last 16 points to pull away to a 97-87 victory in Game 5 against the Celtics and get to the East final. Wade finished with 34 points, 10 rebounds and 5 assists while Lebron finished strong scoring 33 points with 7 boards and 4 assists. Chris Bosh added 14 points and 11 rebounds as well. Vegas odds makers have the Miami Heat +250 to win the 2010-2011 NBA Championship.

I predict the Heat win Game 1 at Chicago and the series in 6 overall!