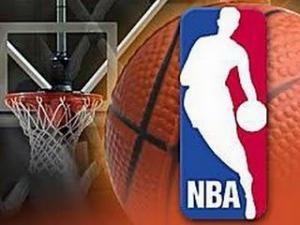 2019 NBA Mock Draft – Projected Top 10 Picks: The new and improved NBA draft lottery format introduced for 2019 produced several surprises, giving the New Orleans Pelicans the No. 1 pick in the 2019 NBA Draft and dropping the New York Knicks to No. 3. Duke phenom Zion Williamson has been penciled in as the top pick no matter who ended up on top, but now that the top picks are set in stone, it is time to take a first look at the projected top 10.

While it was a surprise to see New Orleans land at No. 1, the pick is obvious. Williamson’s freakish athleticism and highlight-reel dunks will make him a marketing darling off the court and a potential All-Star on it.

Memphis lands in a perfect spot. Morant has Russell Westbrook-like athleticism from the point guard spot. He and Jaren Jackson Jr. will form the foundation of the future, and the Grizzlies can trade veteran point guard Mike Conley Jr. to a contender for more assets.

The Knicks missed out on the top pick, but Barrett at least has the scoring arsenal and all-around game to be a future All-Star. Assuming New York keeps this pick, he’s the only player that make sense.

If the Lakers hold on to this pick, they need a shooter who can play right away. Hunter’s doesn’t have superstar potential, but he is the prototypical 3-and-D guy that NBA teams look for these days.

He was lost in the shuffle behind Duke’s other stars, and Reddish has seen his stock slide as a result. However, he still has all the skills that made him a blue-chip prospect, and with Cleveland completely rebuilding, why not gamble on the upside?

A knee injury ended his lone college season early, but the Suns desperately need a point guard, and Granland showed promise as both a ball-handler and a scorer. He will add another intriguing piece to a Phoenix team that is amassing some young talent.

White needs to develop the right balance between being a scorer and running an offense, but he has the speed and penetrating ability to cause problems for NBA defenses. The Bulls need an impact player at the point guard spot, and White has skills you can’t teach.

With two picks in the top 10, Atlanta can gamble on a high-ceiling player with at least one of them. Hayes is relatively new to basketball, but he has great athleticism for a big man. He will able to keep up with Trae Young on the offensive end and protect the rim on the defensive end. If he can put together the rest of his game, he will be the steal of this draft.

The Wizards are in disarray with John Wall sidelined for the foreseeable future. Their frontcourt is also a disaster, so despite coming off a foot injury, there is little reason not to roll the dice on Bol’s upside. When healthy, we are talking about a seven-footer who can knock down 3-pointers, handle the ball and guard the rim.

Washington fits the mold of today’s stretch-4, and fills a position where Atlanta could use some depth. He isn’t flashy, but his length, shooting and defensive versatility will fit well alongside Trae Young and John Collins.

Get all of today’s NBA odds from 6 top online & vegas sportsbooks.