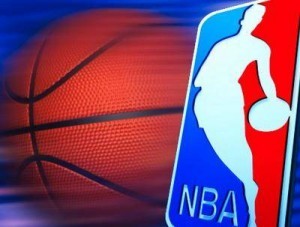 NBA Betting – New York Knicks @ Miami Heat Odds, Free Picks and Predictions – NBA Picks and Odds 1/27/12: In many ways, the Miami Heat and New York Knicks have gone down similar paths the last two years. Both franchises have brought multiple superstars together in an attempt to capture a championship. While both sides have experienced some growing pains with their retooled rosters, the overall results have been night and day. Miami went to the NBA Finals last year and are sitting atop the Southeast Division this season. The Knicks on the other hand, lost in the first round of last year’s playoffs and are 7-11 this season. The two teams may be heading in different directions, but they will meet Friday night in Miami as part of ESPN’s national telecast. Not surprisingly, the division-leading Heat is an 11 ½-point favorite.

On paper, both teams are impressive. The Heat features the big three of forwards LeBron James and Chris Bosh and shooting guard Dwyane Wade. The Knicks counters with forwards Carmelo Anthony and Amar’e Stoudemire and center Tyson Chandler. While Chandler is known more as a defensive star, the other five players are perennial All-Stars and MVP candidates. In terms of individual talent, NBA fans will be hard pressed to find a better collection on the court at one time.

Of course, basketball is a team game, and both teams can attest that a bunch of star players doesn’t bring instant chemistry. The Heat has the added advantage of playing together longer, and it is showing. Miami second in the NBA in scoring, averaging almost 105 points per game. More importantly, the Heat is shooting an NBA-leading 48.6 percent from the field. Meanwhile, New York is still trying to work out the kinks, especially when it comes to the pecking order on the offensive end. It is the main reason that New York is one of the five worst teams in the NBA when it comes to field goal percentage and just in the middle of the pack in terms of points scored.

The scary thing is that the Heat has been piling up wins without the services of Wade, who has been hobbled by an ankle injury. With Wade out, the Heat hasn’t missed a beat. Bosh has picked up a lot of the slack, scoring in the post at a high level like his days in Toronto. Meanwhile, James has continued to play at an MVP level, averaging nearly 29 points to go along with more than eight rebounds and more than seven assists. For all their talent on offense, Anthony and Stoudemire aren’t exactly stoppers on defense. With Wade likely to miss the game, Bosh and James should both be in line for big performances once again.

The X-factor in the game could be Miami’s perimeter players. Point guard Mario Chalmers has led an underrated group of role players, and as a team, the Heat ranks fourth in the NBA in 3-point shooting percentage. Forwards Mike Miller and Shane Battier, along with rookie guard Norris Cole have all provided offense off the bench. Meanwhile, forward Udonis Haslem has provided help on the boards for the team’s second unit. After having almost no bench production one year ago, Miami is now one of the deeper teams in the league.

Meanwhile, New York has been playing musical chairs with its backcourt. The team is still missing a true point guard, and the Knicks are hitting just 30.2 percent of their 3-point attempts. As a result, Anthony and Stoudemire have had to work for their points, shooting just 39.4 and 42.6 percent from the field. Until New York finds a rhythm on offense and some shooters to stretch opposing defenses, points aren’t going to come easy.

The bottom line is that the Knicks just aren’t playing all that well right now. Anthony and Stoudemire are still trying to figure out how to gel, and Anthony may not even play. The lack of a true distributor at the point guard position is a big part of the problem, and it isn’t going to be solved any time soon. The Heat isn’t having any issues on offense, and James and company should get plenty of high-percentage looks against a mediocre New York defense. With New York’s stars struggling to get in sync, Miami’s firepower should be able to overwhelm the Knicks in this one.

Get the latest NBA odds daily on NSAwins.com plus visit for NBA expert predictions and updated 2012 NBA Championship Odds.