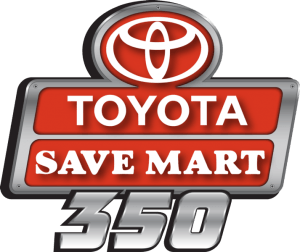 Filled with a variety of turn combinations, elevation changes and braking and shifting zones, Sonoma was already one of the most technically demanding tracks on the schedule. NASCAR’s decision to bring back “The Carousel” this year will only add to the degree of difficulty and turn Sonoma into a 12-turn, 2.52-mile course.

Road racing is a skill that not every driver masters, and the changes to the track layout should benefit these road course aces more than the rest of the competition. Yes, there is a strategy element to road racing that can create some surprise contenders, but I still expect one of the top road racers to end up in victory lane Sunday.

Harvick has found ways to a lose a lot of races this year, but there is a good chance that he seals the deal and gets the monkey off his back this weekend. The veteran is one of the best in the business at road courses, and he has eight top-10s in his last 10 starts alone. Harvick has also been excellent at Sonoma recently. He has finished sixth or better in four of his last five starts here, winning the 2017 race and finishing second last year.

He is the defending winner of this weekend’s race, and Truex has been the man to beat at the road courses recently. He has two wins and a second-place finish in the last four races alone, and he has led laps in six straight road course events, leading 20-plus laps three times in that span. In fact, Truex has led the most laps at Sonoma in each of the last two seasons.

Busch has four career road course wins at the Cup level, and he has finished seventh or better in eight of his last 10 road races, leading laps in seven of those starts. Two of his road course wins came at Sonoma, and he has finished in the top five in three of his last four starts here. As strong as Busch has been in 2019, it is kind of absurd that he is only getting the third-best odds to win this weekend. I recommend taking advantage.

He has wasted no time figuring out how to get around the road courses, and Elliott posted a series-best 3.7 average in the three road races last year, finishing sixth or better in all three starts and outdueling Martin Truex Jr. for the win at Watkins Glen. At 10/1, he also offers a little more profit potential than the other favorites.

Bowyer is one of the best road racers around, and he has a 4.8 average finish in five road course starts with his current Stewart-Haas Racing team, finishing second and third in two starts at Sonoma with SHR. The problem is that he is getting the same odds to win this weekend as Kyle Busch. There is absolutely no way I am betting on Bowyer over the best driver in NASCAR today and a four-time road course winner when the payout is going to be the same.

He’s having a great year and has had plenty of success at road racing in the past, but Logano is in a bit of slump at the road courses. In the five races since 2017, he has managed just a single top-10 finish and has failed to crack the top 15 three times. At these odds, I’d rather take a little less profit and back one of the favorites or roll the dice on a driver with longer odds.