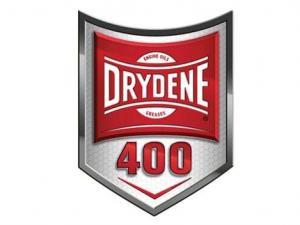 2019 Drydene 400 Odds & Predictions – Favorites and Bad Bets at Dover International Speedway: The Round of 12 of the Monster Energy NASCAR Cup Series playoffs kicks off this weekend with the second trip of 2019 to Dover International Speedway. “The Monster Mile” will host Sunday’s Drydene 400, and while the one-mile, concrete oval earned its intimidating nickname by tearing up plenty of racecars, the track has also been kind to some big names over the years.

Yes, Dover will likely dash the championship hopes of a couple of playoff drivers this weekend, but you can also expect a familiar face to be celebrating in victory lane. Recent winners here include Martin Truex Jr., Chase Elliott, Kevin Harvick and Kyle Busch, so when placing your bets for Sunday’s Drydene 400, don’t be shy about backing the big names.

He’s been the hottest driver in the series in recent weeks, and Truex has also been on a roll at Dover. He led 132 laps in a win here in May despite having to start at the rear of the field, and in the last 10 races at the track, he ranks first in the series with eight top-10s. Truex has led 40-plus laps six times in that same span, topping 100 laps led three times. In the last six Dover races alone, Truex has five top-five finishes and a pair of wins. If you like playing it safe, he is your best bet this weekend.

Harvick has been a force at Dover since joining Stewart-Haas Racing. He has two wins here in the No. 4 machine, and his fourth-place finish here in May was his third straight finish of sixth or better at the track. In the last 10 Dover races, his 1,274 laps led are 624 more than any other driver, and he has led at least 90 laps six times in that same span, topping 200 laps led in both races last year. Harvick knows how to dominate and seal the deal at Dover.

It has been a long time since Larson has won a race, but he always seems to be in the hunt for the win at Dover. He has made 11 starts at the track, notching eight top-10s, five top-five finishes and 10 finishes of 12th or better. More importantly, he has led at least 80 laps in three starts here, topping 100 laps led twice. Larson finished third at Dover in May, and he should have one of the fastest cars again this weekend.

The best value on the board among the favorites is Elliott, and I don’t think it is even close. Not only is he the defending winner of this weekend’s race, but he owns a series-best 4.4 average finish in seven starts at Dover, and he has cracked the top five six times. Elliott led a race-high 145 laps in the May race here earlier this year, and I expect him to be right back in the mix for the win Sunday.

Busch has been great at Dover in the fall, winning the 2017 race and finishing second in both 2016 and 2015. However, he was good, not great at Dover in May, and it is hard to ignore the fact that he hasn’t gone to victory lane since Pocono on June 2. Yes, he’s had plenty of good runs in that span, and bad luck has been an issue. Still, Busch is currently listed as a co-favorite Sunday, and there are several drivers running better overall and at Dover who will pay more to win. I won’t be investing heavily in Busch this weekend.

PLAY WITH THE BEST!