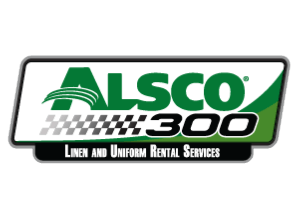 2019 Alsco 300 Odds & Predictions – Favorites & Sleepers at Charlotte Motor Speedway: After taking a week off, the NASCAR XFINITY Series returns to action this weekend at Charlotte Motor Speedway. The 1.5-mile oval will host Saturday’s Alsco 300, and although the Monster Energy NASCAR Cup Series is also in town for Sunday night’s Coca-Cola 600, we only have one Cup regular scheduled to pull double duty.

Since that driver is Austin Dillon and not someone like Kyle Busch, it means that the top XFINITY regulars have to be considered the frontrunners in this one. It also means that there is a slightly higher chance of someone in the next tier of XFINITY drivers pulling off the surprise win.

With that in mind, let’s take a closer look at the favorites I recommend betting and some potential sleepers for the XFINITY Series Alsco 300 at Charlotte Motor Speedway.

He leads all series regulars with three wins and 498 laps led in 2019, and Christopher Bell should be right back in the mix for another victory this weekend. Not only has he finished in the top five in both of his previous starts at Charlotte, but he has also led the most laps in two of the three races at mile-and-a-half ovals so far this year, leading 182 more laps than other XFINITY driver in those races.

A year after winning the championship, Tyler Reddick has emerged as the most consistent driver in the series. Through 10 races, he leads the series with eight top-five finishes, nine top-10s and a 4.7 average finish. More importantly, he has two top-five finishes in the three races at 1.5-mile ovals this year, leading laps in all three races.

The 1.5-mile tracks have been his bread and butter since he entered the XFINITY Series, and over the past 10 races, Cole Custer leads all drivers with seven top-five finishes. He’s led the third-most laps among series regulars in the three races at mile-and-a-half tracks this year, and Charlotte ranks as one of his best tracks. In four starts, Custer has compiled a 4.8 average finish, and he was the runner-up in this race a year ago.

While I think he is overrated as a driver, Austin Dillon does have better equipment and more experience than a lot of the drivers in the field this weekend. He also happens to love racing at Charlotte. In 10 XFINITY starts at this track, he has six top-five finishes, including a pair of wins. This is one place where Dillon could actually challenge for the win.

His final results won’t show it, but Brandon Jones has been one of the best at the 1.5-mile tracks this year. He finished fourth at Atlanta early in the year, and he was also running in the top five at both Las Vegas and Texas before being collected in wrecks. Driving for Joe Gibbs Racing, Jones certainly has the equipment to reach victory lane, and he has the speed. He just needs the bad luck to stay away.

He doesn’t have an XFINITY ride every week, but Jeffrey Earnhardt has been making some noise when he does get seat time. He has finished eighth or better in both of his starts at 1.5-mile ovals this year despite driving for two different teams, finishing sixth for Joe Gibbs Racing at Atlanta. Earnhardt is back with JGR this weekend, so he should be lurking near the front of the field once again.

There is only one XFINITY driver who has finished in the Top 10 in all three races at 1.5-mile tracks so far this year, and that driver is Justin Haley. He has yet to break through and really push for a win, but you at least know he is going to be hanging near the front of the field. A timely caution or bold strategy on pit road could be all it takes to help him pull off the upset.