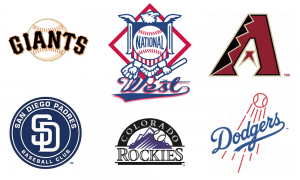 Keep reading below for the projected order of finish in the NL West Division this 2019 MLB season from NSAwins.com top handicapper, Sonny LaFouchi(aka The LEGEND). If you are looking for The LEGEND’s best MLB picks to bet on this season than visit our MLB Baseball picks page. Everyday during the 2019 MLB season we will have The LEGEND’s best MLB picks to bet on listed on that page. Check it out regularly as The LEGEND simply DOMINATED MLB Baseball like no other in the industry. BAR NONE!

The Dodgers won the NL West last season for the 6th straight season as they finished 92-71. LA won the tiebreaker game against Colorado to capture the division and went on to reach the World Series for the 2nd straight year. However, once again, the Dodgers came up short in the Fall Classic when they lost to Boston 4-1. The Dodgers are once again favored to win the NL West and will try to finally win the World Series for the first time since 1988. LA made some moves in the offseason that could backfire as they traded Yasiel Puig and Matt Kemp to shed some salary. Manny Machado also left in free agency to the Padres. However, the Dodgers still have plenty of offense with a top of the lineup that will produce plenty of power and runs. The Dodgers resigned Clayton Kershaw to lead their rotation and pitching should once again be strong. It’s shocking the Dodgers have failed to win at least one World Series title over the past handful of seasons but they will be back in the hunt again this fall. Make no mistake about it.

The Rockies went 91-72 last season as they just barely missed winning the NL West. However, they failed to win the tiebreaker game and had to go to Chicago to beat the Cubs in the Wild Card game to advance. It was the 2nd straight season Colorado made the playoffs as a Wild Card but they are itching to take the next step and win the division. Colorado has a solid offense that finished 6th in the majors in batting average, 7th in runs scored and 8th in home runs. Offense is not their problem. It’s a weak sister pitching staff that continues to hold them back. The Rockies have an ace in Kyle Freeland(17-7, 2.85 ERA last year) but it falls off drastically after him. It’s tough to see Colorado once again finding a way back into the postseason with their pitching staff the way it is. They are a Wild Card at best if things break their way.

The Padres have been terrible for years now and last season was no different. San Diego finished 66-96 overall and finished 5th in the NL West. However, the Padres surprisingly made news this offseason when they signed free agent 3rd baseman Manny Machado to a huge contract. Macahado is going to bring some much needed pop to a Padres offense that finished 24th in the majors in home runs and 28th in runs scored last season. That’s the good news. The bad news is San Diego’s pitching staff is still terrible and that’s why they have no chance at sniffing the playoffs this season.

Arizona took a step back last season as they finished just 82-80 after going 93-69 in 2017. The Diamondbacks sorely missed J.D. Martinez’ power as the offense ended up just 19th in the majors in runs and 17th in home runs. Arizona simply lacks the pop and runs to even think about making a run at the playoffs this season. The pitching staff is pretty solid led by veteran Zach Greinke but it’s nowhere near enough to pick up the slack for the weak sister offense.

What has happened to the Giants? Good grief. The Giants started off this decade by capturing World Series titles in 2010, 2012 and 2014. However, they have fallen off the cliff since as they have went just 73-89 last season after going 64-98 in 2017. The Giants offense is downright putrid. They finished 29th in the majors in runs, 29th in home runs, 25th in batting, 29th in slugging and 28th in on base percentage last season. Woof! The pitching was mediocre city as it finished 13th in ERA. There is no reason for optimism this season either. We don’t see any way the Giants finish any higher than 4th in the NL West this season.