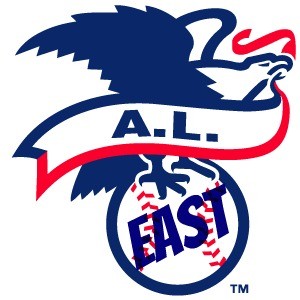 2019 AL East Division Odds & Predictions – Yankees the Team to Beat: The 2019 MLB Baseball regular season is just weeks away now and today we take an early look at the 2019 AL East Division Odds. Bovada Sportsbook has the early odds to win the 2019 AL East out and the New York Yankees are the -135 favorites. That may come as a surprise to some as the Boston Red Sox won the division by 8 games last year, won 108 games and captured their 4th World Series title this century. However, we have no issue with the odds as we too have the Yankees as the favorite to win the AL East this season.

Keep reading below for the projected order of finish in the AL East Division this 2019 MLB season from NSAwins.com top handicapper, Sonny LaFouchi(aka The LEGEND). If you are looking for The LEGEND’s best MLB picks this season than visit our MLB picks page. Everyday during the 2019 MLB season we will have The LEGEND’s best MLB picks to bet on listed on that page. Check it out regularly as The LEGEND simply DOMINATED MLB Baseball like no other in the industry. BAR NONE!

The Bronx Bombers are coming off of a 100-62 season last year where they still finished 8 games behind the 1st place Red Sox. However, this year they come back even stronger in our opinion and should be neck and neck with Boston all season. The Yankees led the bigs with 267 home runs last season and finished 2nd in total bases, OPS, slugging, runs and RBI. Expect the Yankees offense to be just as potent this season especially if Aaron Judge stays healthy. The all star slugger played just 112 games last season but still finished with 27 home runs and 67 RBI.

The defending World Series Champions are listed as the +120 underdogs to repeat as AL East Division Champs this season at Bovada. It’s hard to argue against that as they still haven’t signed closer Craig Kimbrel to an extension as of today(February 26th) and they have some real question marks with their bullpen if they fail to do so. The Red Sox still have the best starting rotation in the division with Chris Sale and David Price leading the way. Offensively, the Sox will be explosive and they have the best all around player in the division and possibly the game in 2018 MVP Mookie Betts.

The Rays had a very good season last year when they won 90 games. However, because they play in the best division in baseball, they finished a laughable 18 games out of 1st place and 10 games behind 2nd place. Unreal. The Rays should once again have a respectable team this season where they could challenge for 90 wins again. Tampa’s pitching staff was the driving force last season as they finished 6th in the majors in ERA at 3.74. The Ray offense lacked pop last year as they finished with just 150 home runs to end up 27th in the majors. That needs to change if Tampa Bay wants to exceed last year’s win total.

The Blue Jays finished 73-89 last season and should be in that ballpark again this season. Their pitching is absolutely horrendous and it doesn’t help going up against the potent Yankees and Red Sox lineups all season in the AL East. We won’t waste much breath on these guys as they are simply a bad team going nowhere this season.

What else is there to say about this garbage team? The Orioles finished 47-115 last season and, unbelievably, it wouldn’t shock us one bit to see them win the same or less this season. Yes, they are that bad. Baltimore finished 27th in the majors in runs scored with 622 and were 30th in ERA at 5.18 last season. Don’t expect either to be much improved, if at all, this season. Woof!