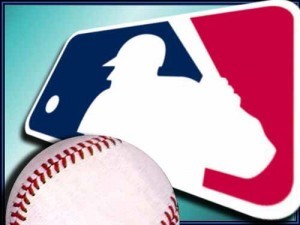 2011 ALDS Free MLB Picks, Tips and Odds: Detroit Tigers @ New York Yankees Favorite, Moneyline, Total and Expert Predictions 10/6/11: A trip to the American League Championship Series will be on the line Thursday night when the Detroit Tigers travel to New York to face the Yankees in a series-deciding Game 5. The series has been anything but conventional so far with a rain delay in Game 1 shaking up the pitching rotations for both teams. Cy Young candidates Justin Verlander and CC Sabathia won’t be on the mound, leaving Detroit’s Doug Fister and New York’s Ivan Nova to determine the fate of their respective teams.

The fact that the Yankees were able to force a Game 5 could be a key factor in its own right. The Tigers had a chance to eliminate New York at home against the unreliable A.J. Burnett. Instead of taking advantage of the opportunity, they were blown out. Now, Detroit must return to New York and try to eliminate the team that won more games than any other team in the AL. If the Tigers have any kind of a mental hangover from their missed opportunity in Game 4, their chances of winning Game 5 will all but disappear.

Fister and Nova were both forced into action following the delay in Game 1, with Nova outpitching Fister by a wide margin. Both pitchers emerged as solid No. 2 starters for their teams during the course of the year, and Fister was practically unhittable after being acquired by Detroit. However, he had trouble handling the powerful Yankees lineup in Game 1, while Nova cruised for six-plus innings. Not to mention the fact that good things happen for New York when Nova is on the mound. He finished the 2011 year with a 16-4 record, and he picked up the win in Game 1 of this series.

For Detroit, finding a way to get people on base in front of the third baseman Miguel Cabrera and catcher Victor Martinez will be crucial for their chances Thursday night. Throughout most of the series, the Yankees’ pitchers have had the luxury of pitching around the Tigers’ two best hitters, and the supporting cast hasn’t been able to pick up the slack.

Meanwhile, the New York lineup is loaded with hitters that could deal the death blow to the Tigers’ chances. From Derek Jeter and Alex Rodriguez to potential MVP candidates Curtis Granderson and Mark Teixeira, the Yankees lineup can’t be pitched around when the batters are dialed in. The 10-run outburst in Game 4 was a prime example of how quickly the runs can pile up for the best home run hitting team in baseball this season.

In the end, the loss in Game 4 is going to be weighing on the mind of every Detroit player. The Yankees were against the ropes with an unreliable pitcher on the mound on the road, but they managed to come away with the win. The Tigers could have a tough time doing the same in an environment as hostile as Yankee Stadium. New York’s roster has plenty of big game playoff experience, and it showed in Game 4. It should come in handy once again Thursday when both team’s playoff lives are on the line.