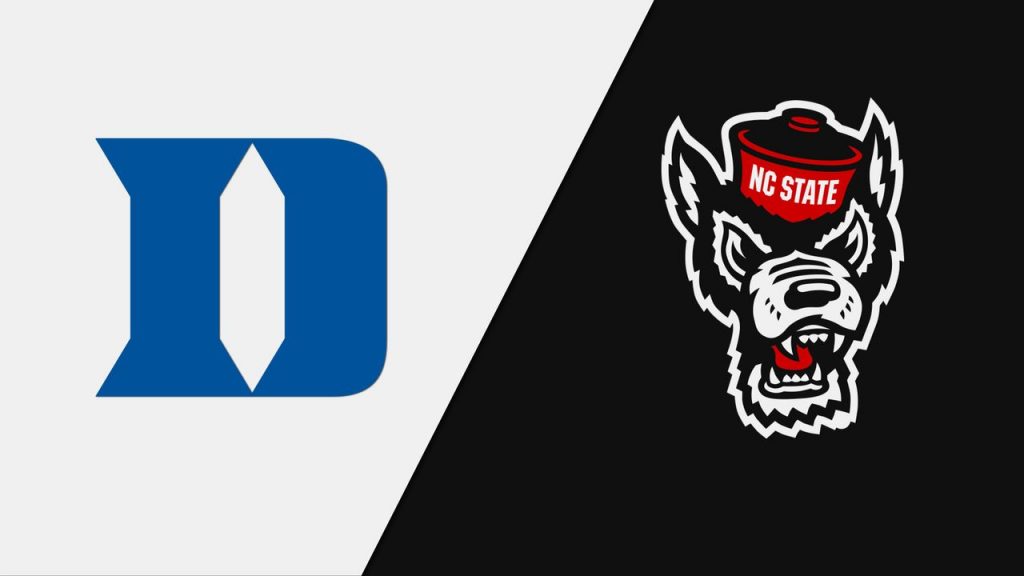 The Duke Blue Devils will take a short bus ride up I-40 to Raleigh on Saturday afternoon for their first and only matchup with the NC State Wolfpack this season. The game is scheduled for a 4 pm ET tip-off at PNC Arena.

Neither team is currently setting the world on fire as Duke is currently sliding down the ACC standings, having lost three games in a row. That’s brought the Blue Devils’ record to just 7-8 overall on the season and 5-6 in league play.

Meanwhile, the Wolfpack have won just two of their last nine games. They are currently the owners of an 8-8 overall record and a 4-7 mark in league play.

It shouldn’t be a shock that NC State is struggling after losing its leader, Devon Daniels, to a knee injury. Since going down against Wake Forest, his team is 1-3, including two losses at home.

That said, it’s not as if Kevin Keatts’ pack of pups was setting the world on fire leading up to the injury. Prior to Daniels going down, NC State had lost four of five games and barely squeaked out a game against Wake Forest at home.

Meanwhile, perennial ACC powerhouse Duke has been incredibly disappointing this season. It still boasts some of the best talent in the league, but it cannot seem to put any kind of chemistry together.

Must Read: Get Your Sportsbook Ready For Life After Football

This is especially true on the defensive end, where Duke currently ranks 92nd in adjusted defensive efficiency. That is the Blue Devils’ worst mark of the Kenpom era.

When looking at each team in terms of wagering, neither really jumps off the page. However, Duke is one of the worst teams in the nation at just 3-12 against the spread on the season and is not improving as the season rolls along.

In the Blue Devils’ last eight games, they are just 2-6 against the spread. They’re also not really coming close to covering as they are underperforming the spread by 6.9 points per game.

NC State is better but is still a bottom four team in the ACC against the spread at 6-8-2 at sportsbooks on the season. The Wolfpack are also putting up a negative average against the number, but it is only minus-0.5 points per game.

As far as the total goes, these teams are a combined 17-13-1 against the total. So once again, it’s tough either way.

If you look at just its last five games, Duke has gone over in four of them. Meanwhile, the Wolfpack have gone over in three of their last six contests.

The time has come to stop betting on Duke simply because it has a talented roster. That said, how do you pick this Wolfpack team without Daniels, with a young backcourt, and with DJ Funderburk in questionable standing with Keatts?

Funderburk played well against Syracuse, but the Wolfpack still fell by near double-digits at home.

Of course, now there are questions about Jalen Johnson’s injury back in December after some cryptic words from Duke coach Mike Krzyzewski.

Kenpom has this game as a two-point Duke victory. That feels like a safe cover but only for about half a unit as both these teams are completely unpredictable.

Our last pick here, a Bucs @ Packers free pick, had the Pack-3, and we all know now how that went.