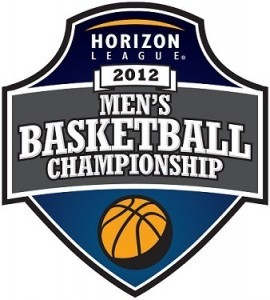 At 14-4, the Valparaiso Crusaders (21-10) enter the Horizon League tournament as the top seed. Forward Ryan Broekhoff leads a balanced scoring attack for one of the more efficient offenses in the country. More importantly, the Crusaders have been at their best against the toughest competition. Against the other top four teams in the conference, Valparaiso is a perfect 8-0 this year. If that trend continues, the Crusaders should be on their way to a tournament title and an NCAA tournament automatic bid.

On the stat sheet, the Cleveland State Vikings (22-9) are far from impressive. They don’t shoot the ball particularly well, and they don’t rebound well either. That being said, the Vikings do play suffocating defense, and they win games. Cleveland State is allowing less than 60 points per game this year, and a victory on the road against a ranked Vanderbilt team is proof that this team can compete against top competition. If guard Trey Harmon has his shot working and can provide just enough offense during the Horizon League tournament, the Vikings’ defense can do the rest.

While the Horizon League wasn’t exactly an offensive conference this year, the Detroit Titans (18-13) were the exception. They led the conference in scoring, averaging more than 72 points per game. Led by guard Ray McCallum, the Titans have five players that average in double figures. Detroit plays an up tempo style that goes against the conference’s overall style of play, and it makes the Titans a unique matchup during the Horizon League tournament. If the Titans’ offense is firing on all cylinders, they could end up overwhelming teams with their firepower.

After losing a majority of the players that led them to back-to-back national title games, the Butler Bulldogs (18-13) took a big step back this season. They are a horrible offensive team, shooting less than 41 percent from the field. Unlike year’s past, Butler doesn’t have a real perimeter scoring threat, and center Andrew Smith is the only player averaging in double figures. Despite all the reasons not to like the Bulldogs, this team has been able to defy all the odds the last two seasons. Butler also closed the year by winning five of its last six, and a magical run through the Horizon League tournament can’t be ruled out.

With a 15-14 record, including a 10-8 mark in conference play, the Green Bay Phoenix doesn’t exactly jump out as a potential NCAA tournament team. That being said, the rest of the Horizon League has to be a bit worried about this bunch in the upcoming conference tournament. After all, the Phoenix owns victories over Valparaiso and Cleveland State – the top two teams in the conference during the regular season. Green Bay has a pair of big men in Alec Brown and Brennan Cougill that are combining for 22.8 points, 15.3 rebounds and 4.0 blocks per game. When both are performing at a high level, it gives the Phoenix an inside presence that few other Horizon League teams can match. It is going to take consistent play from the team’s two big men, but the Phoenix can make a surprise run if Cougill and Brown come to play throughout the tournament.

You can view NSAwins.com’s 5 handicapping experts’ predictions to win the 2012 Horizon League Tournament as well as the current 2012 Horizon League Tournament Odds and schedule below. NSAwins.com is your 2012 March Madness Betting guide and be sure to check back daily all month long for expert NCAA Tournament 2012 predictions as well as Office Pool March Madness 2012 Bracket Picks(filled-out by our experts) to help you win your Printable 2012 NCAA Tournament Bracket.